Ben Sutton is one of three Pararoos stars who is helping to provide a pathway to unearth the next generation of national team icons.

The Pararoos trio of Sutton, Ben Atkins and Taj Lynch head up the Pararoos Development Centre which has been introduced with the aim of providing football development training to children and adults with Cerebral Palsy and Acquired Brain Injury.

The initiative kicked off on the back of the Pararoos’ appearance at the 2017 IFCPF World Championships,  which led to a surge in demand for more inclusive football programs.

“We created a once a month program where kids with CP (Cerebral Palsy) can come and try and play football and get coached by us and it’s a pathway progression up,” Sutton said.

Watch the full feature with Sutton below!

The program has been created to help children and adults develop as a football player but also has a multitude of flow on benefits.

“I think what they’re looking for is just to be connected to a group of kids with similar abilities and not being judged,” Sutton said.

“As one of the kids said today, he doesn’t play able body football because it looks like he’s getting judged the whole time and he doesn’t like that.

“Which for me that is heartbreaking. I think everybody should be playing football.”

The safe space that is created by this program also gives the participants the choice to choose exactly what they want to get out of the sessions.

“We provide the inspiration that you can do what you want at whatever level that you want.”

“If you want to play for the Pararoos, you can get there and we can show you the pathway on how to,” he said.

The 27-year-old’s inspiration for the development centre arrived from a life-changing experience when he was fortunate enough to meet a couple of Pararoos stars when he was growing up.

“What changed my life was actually coming to the Pararoos. When I was 12, meeting Ben Atkins, Chris Pyne and Sam Larkings, David Barber, Benny Roche, all of them,” he said.

“This is also why we make the development centre, so they can get that full friendship group and grow up together.

“In the Pararoos, we have a core value: Family, and we’re trying to branch that out and involve the development centre kids into it and then bring them all the way through.”

Sutton is a firm believer that mindset plays a huge role in the development of every CP footballer.

“Having CP, it’s about the mindset, if you have a bad mindset, it will make you go down this path where you don’t believe you can do anything,” he revealed.

“But having the positive mindset, it’s a session where ‘OK, maybe I can’t use my left foot but if I try, I can finally experiment to do it’ and it shows in the sessions when we do it.

“It’s all about mainly balance, coordination and basically getting that mindset correct.” 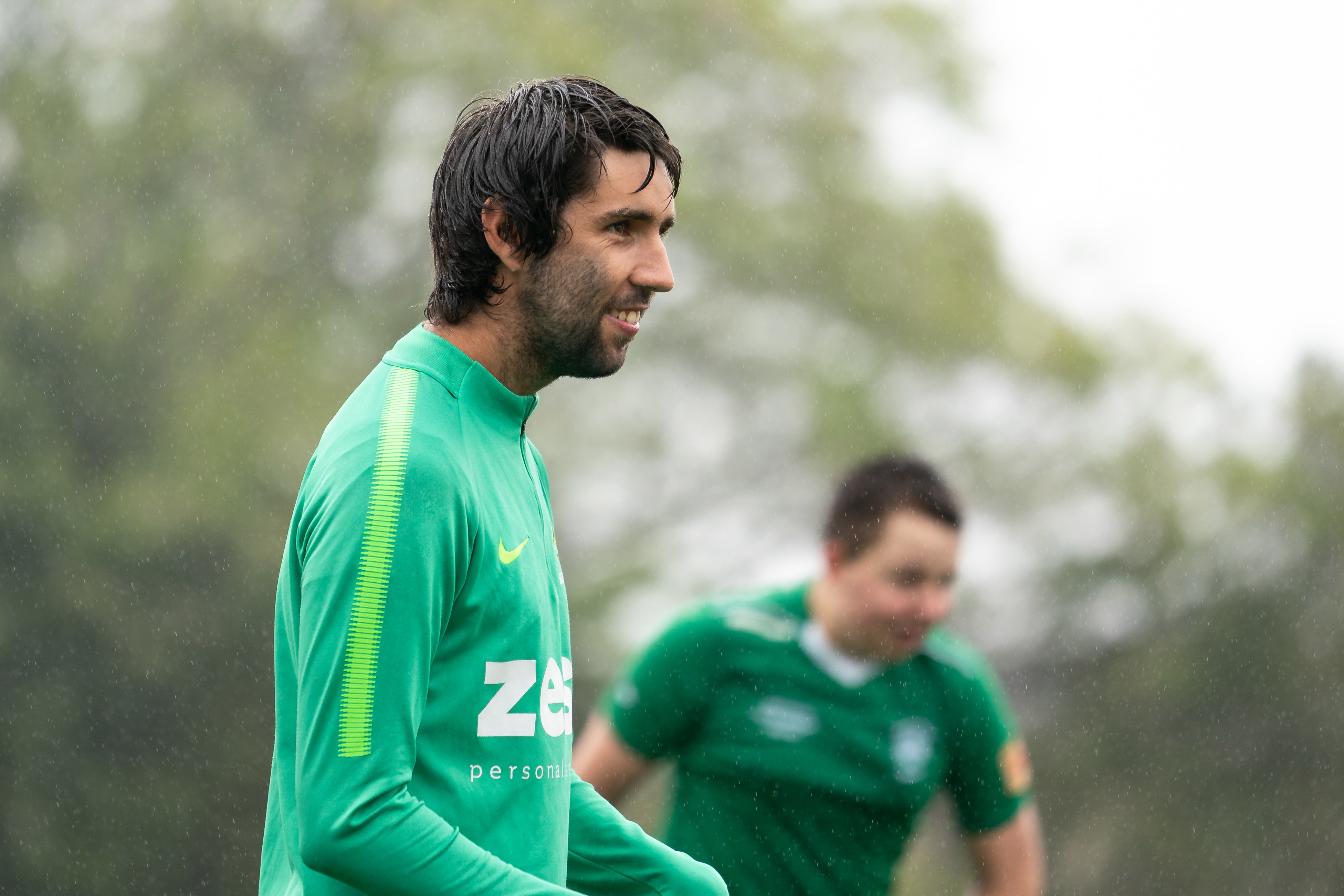 The striker believes that his mark won’t be left on the pitch but elsewhere.

“For me, my legacy, I don’t think it will be on-field actually,” Sutton said.

“My legacy will be the Pararoos Development Centre and getting players through.”

Sutton had a parting message to the Pararoos’ supporters who have helped fund the side and kept them going throughout the COVID-19 pandemic.

“Thank you to everyone who has donated, it means the world to me and the team,” he said.

“It means we can actually go do what we want to do. Hopefully we’ll win a trophy sometime soon!”