The Pararoos’ first-ever virtual fundraiser came to a close on Sunday evening with the team powering past its fundraising goal of $25,000 thanks to over 670 generous donations from around the globe.

‘The #UndefeatedChallenge’, held in line with World Cerebral Palsy Day, challenged participants to share and complete a fitness target between October 5 and 11 in support of the Pararoos and their bid to represent Australia at the IFCPF Nations Championships in Spain next year.

After seven days of walking, running, cycling, and wheeling, over $51,000 was raised for the Pararoos – Australia’s national football team for athletes with cerebral palsy, acquired brain injury, or symptoms acquired from stroke.

The funds will be used to provide the squad with two additional camps in the build-up to the 2021 IFCPF Nations Championships in Spain, a tournament that was postponed this year due to the global COVID-19 pandemic.

“Everyone associated with the Pararoos is thrilled with the response to our first-ever virtual fundraiser,” Pararoos Head Coach, Kai Lammert, said. “We achieved over double our fundraising target, and these funds will be vital to ensuring we can hold camps in the lead up to next year’s Nations Championships to give the squad the best possible preparation for the tournament.”

“There were over 50 people who chose to ‘Move for the Pararoos’ throughout the challenge, with donations coming from all over Australia, as well as the United Kingdom and parts of Europe in support of our side.

“As a team we are appreciative of everyone that rallied behind the initiative, and acknowledge Katrina Hicks from FFA who drove the fundraiser on behalf of the squad,” he said.

Nine of the 56 participants in ‘The Undefeated Challenge’ raised over $1,000 in support of the Pararoos, with the top fundraiser throughout the initiative being Switzerland-based Australian lawyer, James Kitching.

Kitching is the Director of Football Regulatory at FIFA, and throughout the official challenge period managed to raise just shy of $9,000 via 90 donations.

“My five-year-old son has bilateral dystonic cerebral palsy,” Kitching wrote on his LinkedIn. “Every Saturday he looks forward to his football classes with his friends.”

“Given the importance of sport in our lives, and the resulting benefits it brings, it is vitally important for children and adults living with disabilities to have access to sport at all levels.”

Over 1,100 fans – and many more via the official live YouTube and Kayo Sports broadcast – witnessed the Pararoos defeat Canada 5-0 at Cromer Park in Sydney’s Northern Beaches late last year, as Lammert’s charges produced an exceptional display of football and promoted the power of sport to inspire the community. 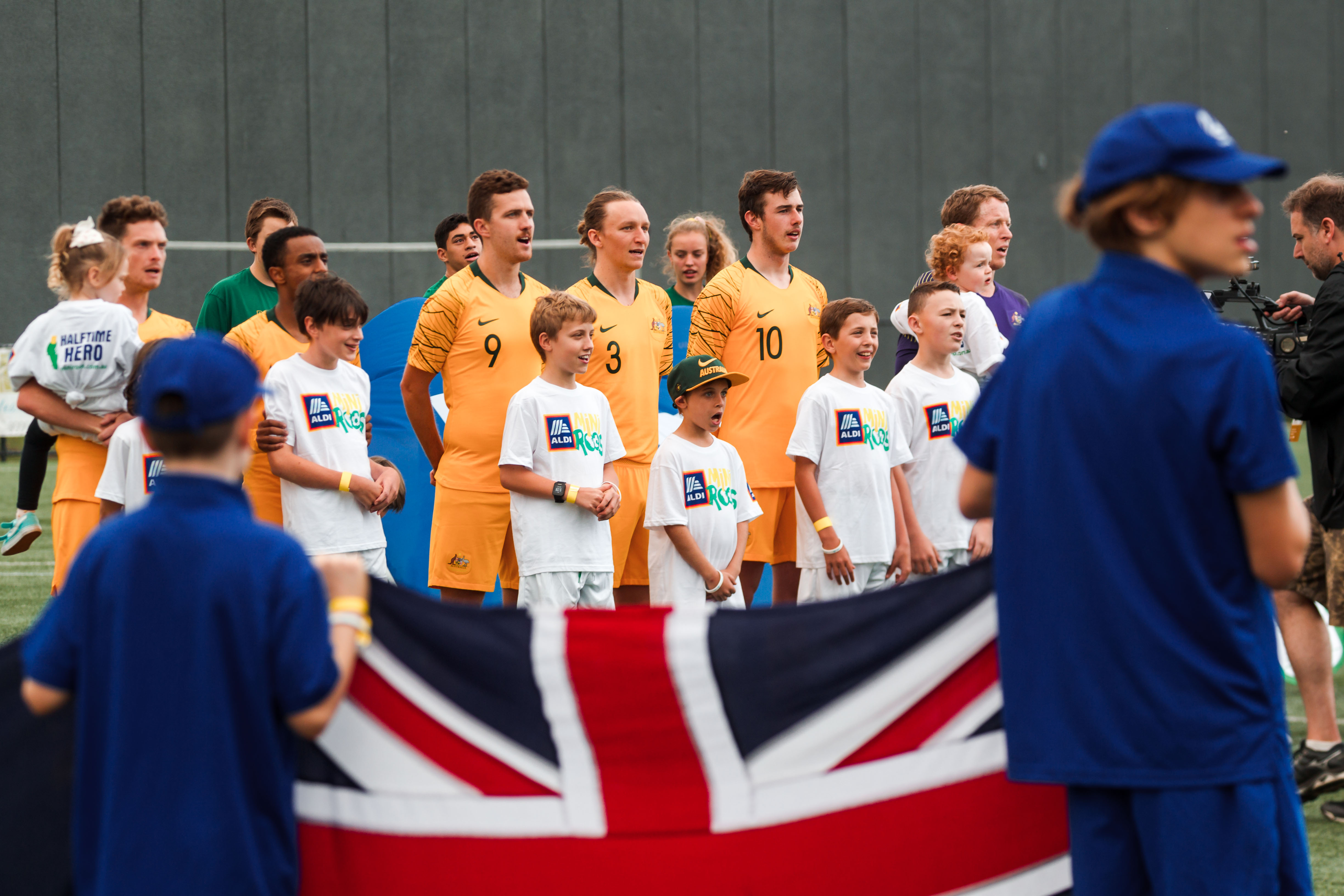