Pararoos Head Coach Kai Lammert has selected an 18-player squad for a three-day training camp in preparation for the upcoming World Championships Qualification Tournament being held in Denmark later this month.

The squad will assemble at Knox Grammar School in Wahroonga NSW this Friday (8 July) for the camp which will provide an invaluable opportunity to bring the players together ahead of the tournament.

"We are very happy with the squad we have selected, a great mixture of talent and experience,” Lammert said.

“We also have four Young Pararoos in camp hoping to earn themselves a spot in the team.

"We are all very much looking forward to the camp. Everyone has been working really hard and everyone is keen to make the most of it."

"Our goal is to qualify for Argentina next year and further develop our playing style and system of play. We are also trying to add more tactical variety to our game." 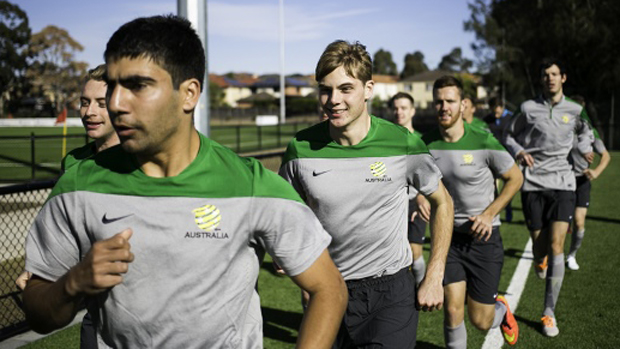 The International Federation for Cerebral Palsy Football (IFCPF) World Championships Qualification Tournament will comprise 13 countries and run from 29 July to 7 August to determine which eight teams make it through to the 2017 World Championships in Argentina.

The draw for the qualification tournament was held last month with Australia grouped alongside Scotland and Spain.

Teams ranked third and fourth following the group stage will play for position 9 – 13. The opening ceremony and match will take place on July 29, and will be streamed live as well as on demand on the tournament website.

Click here  for more information on the qualification tournament.