The Australian Under-19 Paralympic 7-a-side team, the Young Pararoos, have made history this week by competing for the first time at the IFCPF U-19 World Championships in England.

The Young Pararoos will finish this International Federation of Cerebral Palsy Football tournament against the Netherlands on Saturday after a big 10 days.

The team trained for the very first time together late last week before opening the tournament against a strong Scotland outfit in Nottingham on Tuesday.

The Aussies fought bravely in their debut match against the powerful Scots, with captain Ryan Kinner and Matthew Hearne impressing in an 8-0 opening round defeat.

Australia backed up on Wednesday against world number one side Russia and the young Aussies pushed their far more experienced opponents with a dogged display.

The Russians emerged with a hard-fought 4-0 victory, with Harrison Dowdell particularly impressive for the Aussies. 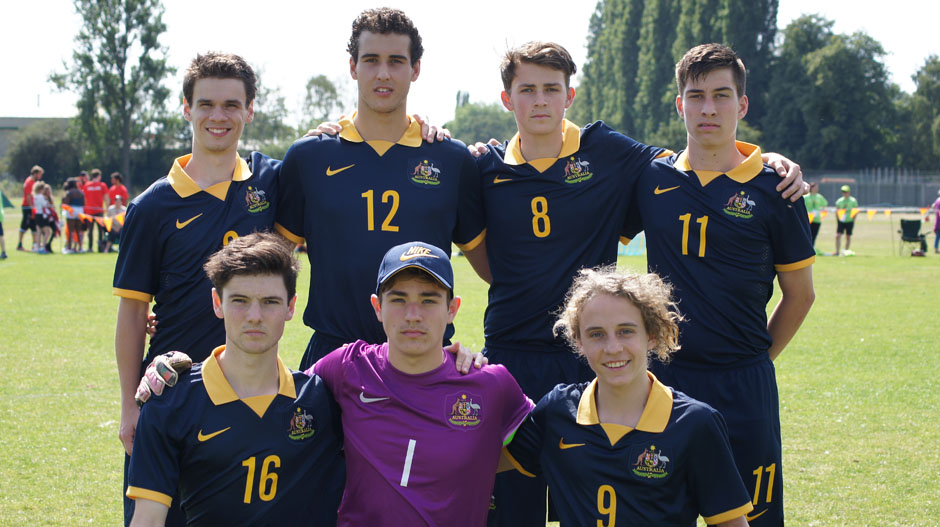 Australia were forced to play their third game in three days on Thursday but it didn’t show as the Aussies enjoyed a deserved 6-3 victory over Japan.

Mathew Hearne starred in the first half with four goals before Ryan Kinner added a fifth to give Australia a commanding advantage.

Japan pulled two goals back early in the second half before Gordon Allan extended Australia’s advantage to put the game beyond doubt.