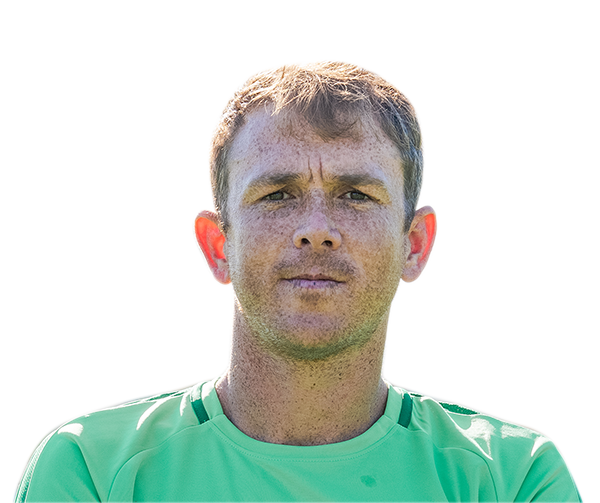 I was diagnosed with CP at 3 years of age. For the next 4 years my dad tried to cure my disability. Once he accepted that I would have it for the rest of my life, my parents chose to challenge me just like my two brothers. Each day we stretched for 30 mins minimum. And thankfully sport was my passion: footy, cricket, basketball – I didn’t care, I just wanted to play all the time.

I was always the last one picked for any team, but I didn’t mind that. That was my motivation. Whenever anyone told me that I couldn’t do something or I’m not good enough, I made it my mission to prove them wrong.

One of my greatest achievements was when my doctor told me that I’d need to consider a desk job because my CP would restrict my ability in a physical job – I became a roof carpenter.

When it came to sport, ironically, I hated running. I only started running because I was named captain of my football team, and I believed a leader needs to be an example to all. So, I started running. Which lead me to my Paralympic journey: 3 Games, 3 medals.

I retired from athletics because I wanted to build my employment career and have a positive impact on my community. My experiences from competing for Australia taught me the power of sport and the impact it has in communities, cultures and minorities. Which provided me with the ability to coach and develop young champions.

Honestly, I thought my days of representing Australia were over. I never conceived the thought of playing CP football. It comes Chris Barty – asking me to play for the WA Team. It was, and still is a huge learning experience for me.

Being a Pararoo is more than wearing the green and gold, it’s leading the way and being a voice, an example, a leader for the next generation.