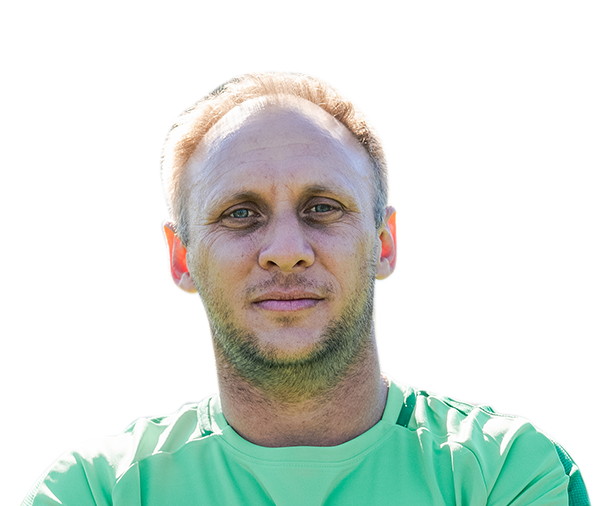 After just being considered clumsy, I was finally diagnosed with Cerebral Palsy at the age of 3-4. Growing up in regional Queensland meant that treatment and physiotherapy for this was very limited, seeing a traveling specialist once every 3 months along with weekly physio visits at a place literally called the Spastic Centre – a word I hate to this day.

It was often humiliating, I wore a steel brace around custom made leather shoes to strengthen my leg and had corrective surgery to lengthen my Achilles tendon. Because of the perception of disability, I learned to hide my disability, being very much ashamed and embarrassed to be different to everybody else, these formative years were incredibly difficult, but did introduce me to my first friend and eventual Pararoos teammate Jeremy Thorpe, who did physio with me for several years.

Sport was always my passion and my release, cricket and rugby being my sports of choice until one day my neighbour invited me to come to soccer practice with him, and from that point on my whole world shifted. I was genuinely the worst player on a team that didn’t win for 3 straight years, but trained harder and longer than every other player in the club, desperate not only to close the talent gap, and continue to make up for the weaknesses due to full left side from CP, but also because I dreamed of being a Socceroo, going to the Olympics and traveling the world.

I missed every junior rep team I ever trialled for, but kept coming back each time more determined, and when I finally gained selection at the age of 15, I was benched for the entire tournament because the coach thought I may get hurt. I decided again to keep my disability a secret, and after more years of dedication, I made my first senior rep side at under 19, going on to win the state championship in a team littered with future pro players and carving out a niche roll as a set piece specialist, with pin point delivery with feet and hands (something I am very proud of given how hard it was to learn just to use my left hand for much at all).

Not long after, the regional co-ordinator Victor Fernandez (a guy I would later learn through Johnny Warrens book was a leading influence in his game) that the Paralympic team was being formed and that I should put my hat in the ring, having asked me earlier in the season why I was limping so heavily, I reluctantly told him I had CP. Another of my coaches, Gary McInnes also encouraged me to test my boundaries and after doing some basic research on this new thing called the internet, I contacted the people organising the first ever training camp and along with my childhood mate Jeremy, we flew to Sydney (my first ever time out of the state) to try out for the Australian Paralympic Team. My goals were simple, go in and show how good I was and hopefully get a chance. I had won the golden boot for the State League the season earlier and felt that I was in great shape and touch, and everything I had seen on the internet about the sport from Atlanta games 1996 I thought that I could be better than just good.

I came into the session in Sydney after spending the night sleeping on the floor of the managers house in Brisbane along with 3 other lads from the north and decided instantly that I was going to take control and leave no doubt that I would not just make the team but be a good choice as captain too. The rest you probably know by now, from 1999 – 2003 was basically the best player in the world, captained the world 7 in an exhibition game, have scored against every team we have ever faced except Iran and Brazil, captaining Australia for longer than any player has ever captained a national team in any sport ever. Other stories simply can’t be told. Soon hopefully I can bring up not just 100 caps, but 100 arm bands, something growing up would have seemed impossible. I have gotten married, had 3 kids, gone to university, and experienced some of the greatest and challenging moments a human being can endure, both positive and negative alike. I have had many coaches, and very luckily many great mentors each of which has helped me evolve and grow with each year. The Pararoos helped me not just achieve so many of my dreams, but conquer my greatest flaw, being embarrassed of what has become my most defining trait, and we are still just beginning, I am so incredibly proud of what the Pararoos now means to so many and will continue to do for years to come. 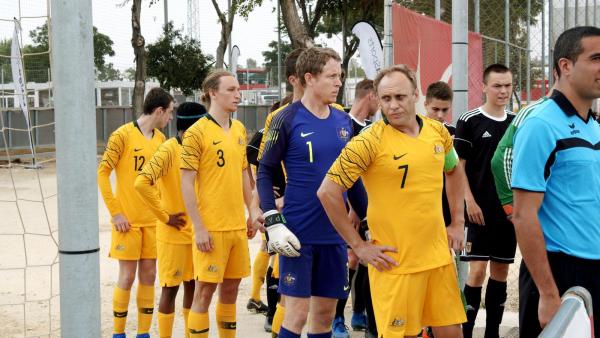 Pararoos captain David Barber is always out to inspire but, when he receives his 100th cap on Saturday, he will experience his own life-changing moment.  In 99 international appearances, Barber has never once represented Australia in front of his dad or his kids.