Fourteen Commonwealth Bank Pararoos players will depart Sydney for Salou, Spain this evening as the group gears up to represent Australia at the IFCPF World Cup 2022 in Europe over the coming weeks.

Following a series of domestic training and selection camps over the past two months, the CommBank Pararoos coaching staff have settled on Australia’s squad for the upcoming World Cup, which will see the green and gold take on the USA and IR Iran in Group C of the 15-nation tournament.

The squad – which includes three possible World Cup match debutants as well as the team’s iconic 42-year-old captain David Barber, impressively entering his 22nd year playing international football – are guaranteed at least four matches at the tournament, and will be striving to finish in the ‘single digits against the world’s best for the first time, having finished 12th (2015), 10th (2017), and 11th (2019) at their last three global tournaments.

The CommBank Pararoos are Australia’s national men’s football team for athletes with cerebral palsy, acquired brain injury, and symptoms acquired from stroke and will be led in Spain by Assistant Coach Goran Stajic. Long-time Head Coach Kai Lammert is, unfortunately, unable to travel to this tournament, however, he will continue to remain in close contact with the team from Australia. 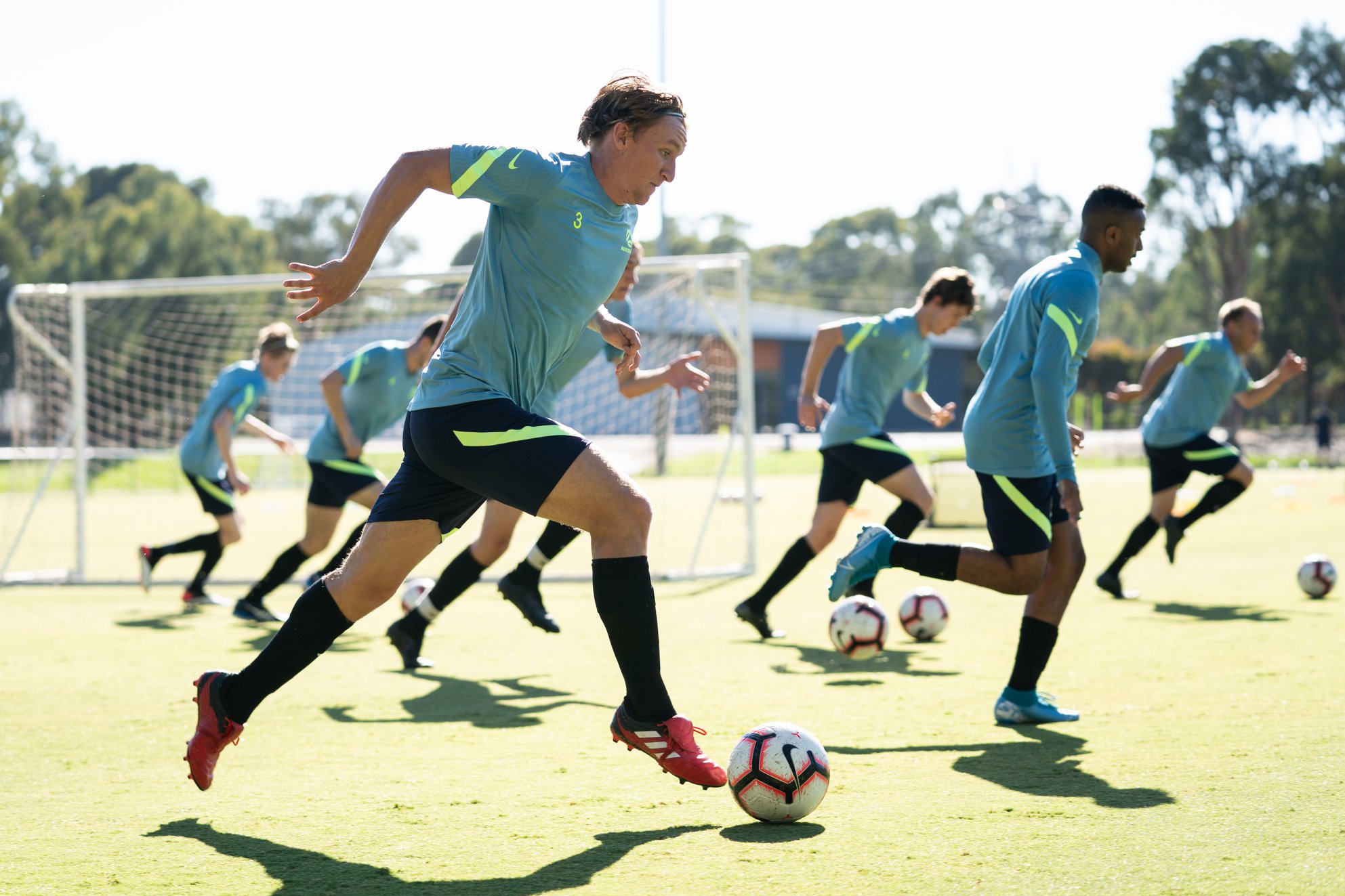 “It has been three years since the squad travelled to Spain for the last World Cup, so it goes without saying that the boys are buzzing to be heading to the airport this evening to venture overseas to represent Australia,” Lammert said.

“We’ve held three productive training camps in Sydney over the past two months, and these camps have helped the players to gel and define their individual and team goals leading into what will be the first international CP football tournament for three years.

“Our target in Spain is to finish in the single digits, outperforming our current international ranking of 10 to set a new standard for men’s CP football in Australia,” he said.

The CommBank Pararoos will play their first match of the IFCPF World Cup against IR Iran on Thursday, 5 May (kick-off 11.30 pm AEST), before taking on the USA in their second group game on Saturday, 7 May (kick-off 8.30 pm AEST).

Football Australia is working to coordinate live streams of these fixtures, and subsequent Finals and/or Ranking matches that the CommBank Pararoos will play. Australia’s games are set to be broadcast on the My Football YouTube channel, while tournament match scheduling and results can be accessed here.

“The relationship we share with the Commonwealth Bank goes beyond the sporting arena, it’s one which seeks to elevate the profile of our national teams and in turn, inspire others to get involved in football and make a positive difference in their own communities,” Johnson said.

“The Pararoos and ParaMatildas play under the banner ‘undefeated’. Undefeated means that no matter the challenge, no matter the result, no matter what people tell you, anything is possible.

“Together the Commonwealth Bank, Football Australia can amplify the voices of the more than 4.4 million Australians who live with disability and empower them to embrace their own undefeated spirit. We want all Australians to know that they have a rightful place in football and that their achievements will be celebrated by an Australia that welcomes and embraces diversity. We can’t wait to watch, support, and celebrate the Commonwealth Bank Pararoos and ParaMatildas at their respective IFCPF World Cups in April and May,” he said.

Australians can get behind the Commonwealth Bank Pararoos’ IFCPF World Cup campaign by making a tax-deductible donation to the team here. Every donation over $2 made to the squad is tax-deductible and will go directly to supporting national team training camps, coaching, sports science, and tournament costs to ensure that the Pararoos have the best possible chance to represent Australia on the world stage.