Football Federation Australia (FFA) today announced a fundraising drive, in partnership with the Australian Sports Foundation (the Sports Foundation), to help the Pararoos qualify for the IFCPF World Cup in 2019.

Football Federation Australia (FFA) today announced a fundraising drive, in partnership with the Australian Sports Foundation (the Sports Foundation), to help the Pararoos qualify for the IFCPF World Cup in 2019.

The Pararoos, Australia’s national team for players with cerebral palsy and other neurological disorders, including stroke and traumatic brain injury, need $160,000 by 30 June to help fund their trip to the 2017 World Championship qualifying tournament in Denmark in July this year.

The Pararoos will compete with 15 other nations in Denmark for the remaining eight spots available for the World Championship next year and seek to progress to the next qualification stage for the 2019 World Cup.

In 2014, the Pararoos lost their funding from the Australian Sports Commission (ASC) under the Winning Edge policy where Olympic and Paralympic teams are allocated funding based on their likely medal prospects. While the Pararoos were ranked 11 in the world, this was insufficient to secure ongoing funding. 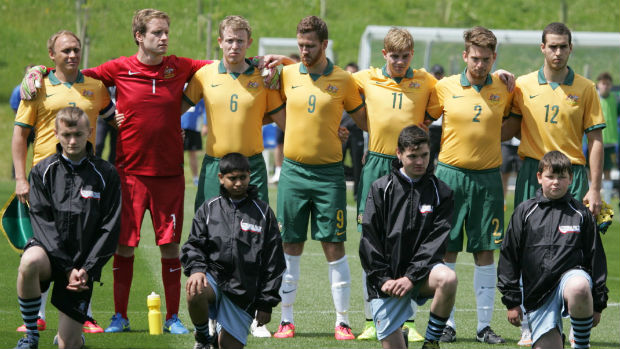 FFA CEO David Gallop said a target of $350,000 per annum has been established to fund an annual program for the Pararoos, including an immediate $160,000 to fund the team to play in Denmark in July.

“FFA has already supported the Pararoos with over $250,000 in funding this year, but there are many projects which are currently beyond the FFA’s operational and budgetary limits,” said Gallop.

“A target of $350,000 per annum has been established by the FFA to fund the Pararoos program. Working with the Sports Foundation will help the FFA generate funds to assist programs such as the Pararoos.”

“The Pararoos are  an inspiring group and wonderful ambassadors for football,” said Gallop. “I commend the Sports Foundation for their commitment to the Pararoos and the ongoing effort to help football achieve great things by matching generous donors to very worthwhile activities.

“Football is the biggest participation sport in Australia and we are now calling on the philanthropic and football communities to stand with the Pararoos and help them continue to represent Australia at the highest level.” 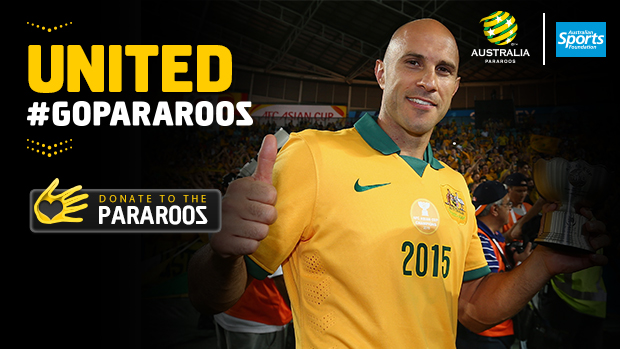 Sports Foundation CEO Patrick Walker said it was vital $160,000 is raised for the Pararoos to compete in the July qualifying tournament.

“If the Pararoos program is abolished, it will be a severe blow for the hundreds and thousands footballers with a disability who aspire to become a Pararoo, just like the countless other boys and girls who aspire to be a Socceroo or a Matilda,” said Walker.

“Everyone can donate to the Pararoos – businesses, football fans and everyday Australians. Money raised will go directly to the Pararoos, and donations of $2 or more are tax deductible.”

To donate, go to  www.gopararoos.com.au

Former Caltex Socceroos star Marco Bresciano is the ambassador for the Pararoos.

* IFCPF is the International Federation of CP Football.