Pararoo James Turner has stormed home in the final of the Men's T36 800m athletics to clinch gold in a world record time on Day 10 of the Paralympics in Rio.

Turner, who has cerebral palsy, finished seven seconds clear of his nearest rival before collapsing over the finish line at the Olympic Stadium.

The 20-year-old has been a Pararoos regular but after they failed to qualify for the Games, he recently turned his attention to the track.

The move paid off as he finished in a time of 2min:02.39sec, taking more than 2.5 seconds off the previous world mark.

“I wanted to stick to my splits that my coach Robbo [Brett Robinson] has taught me to do and I knew if I did that I could pull it off,” said Turner post-race.

“I thought I’d run fast but not that fast. I’ve trained in athletics since I was about eight years old and always been very competitive with my twin sister Hayley. She was always better than me and that pushed me harder to get better.” 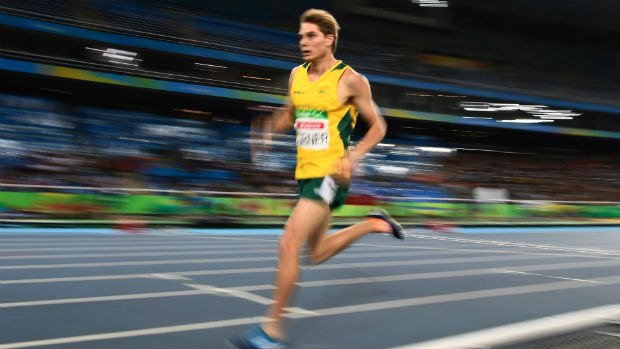 Turner has been training with Athletics Wollongong for the past year but also paid tribute to his Pararoos teammates following his amazing effort.

“Without them I wouldn't be here today, I was actually spotted by Athletics Australia while playing with the Pararoos,” he said.

Turner was named FFA’s player of the year with a disability in 2013.

His gold medal was Australia’s third on the track and helped them retain fifth place on the overall medal tally.