A 14-player Pararoos squad has been named to represent Australia at the World Championships Qualification Tournament in Denmark later this month.

Pararoos Head Coach Kai Lammert was faced with the tough task of narrowing his squad down to the final 14 following a three day training camp in Sydney last week.

The International Federation for Cerebral Palsy Football (IFCPF) World Championships Qualification Tournament will comprise 13 countries and run from 29 July to 7 August to determine which eight teams make it through to the 2017 World Championships in Argentina.

Lammert was buoyed by the standard and enthusiasm at the camp and admitted it was a difficult decision on the final makeup of the squad.

“I was really pleased the way the camp went,” said Lammert.

“Every player did their homework regarding tactical, technical and physical preparation prior to the camp which made it really hard for the coaching staff to pick just 14 players.

“We have selected a very exciting attacking minded squad for the qualification tournament with five young Pararoos promoted to the senior side as well 15 year old Alessandro La Verghetta from Western Australia. 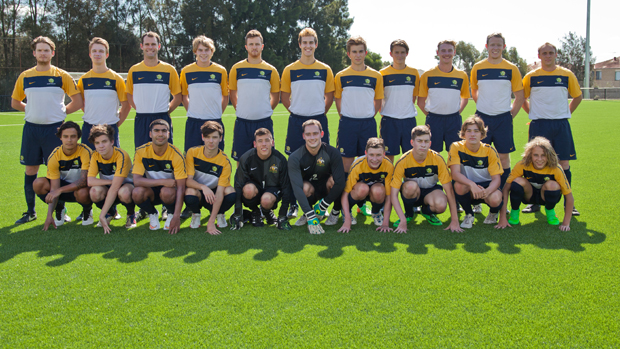 “We’re all looking forward to the tournament in Denmark. It will be tough qualifying for the World Championships with only one camp in the lead up to the tournament, but I am confident we have assembled a very exciting Pararoos team who is well prepared and up for the challenge.”

La Verghetta, Nicholas Prescott (WA), Matthew Hearne (NSW), Cosimo Cirillo (VIC) and Christian Tsangas (VIC) will all be hoping to make their debut in the green and gold in Denmark.

The team also welcomes back goalkeeper Sam Larkings who was voted the best goalkeeper at the World Cup in 2007.

The Australian Sports Foundation (ASF), which has played a significant role in helping the Pararoos to compete in Denmark, is delighted the squad has the opportunity to represent their country.

“The Pararoos fundraising project is a great example of the team, the FFA and the Australian sports community joining forces to ensure the Pararoos football program has a future,” said Sports Foundation Chief Executive, Patrick Walker.

“This is an important step, but they will need ongoing financial support so the program has sustainability and improved resources for the years ahead.

“The Pararoos are an elite team in their own right and are an inspiration to the Australian sports community. They are as dedicated as the Socceroos and Matildas and deserve ongoing support and we look forward to the tournament in Denmark in the coming weeks.”

The opening ceremony and match will take place on 29 July, and will be streamed live as well as on demand on the tournament website.

Click here for more information on the qualification tournament.